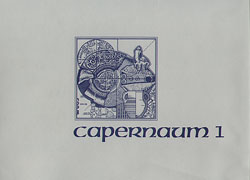 These findings are of special importance for their contributions to Late Byzantine and Early Arab pottery, and Umayyad gold coins and for the new light they shed on literary evidence pertaining to Capernaum.

The Identification of the Site - John C. H. Laughlin