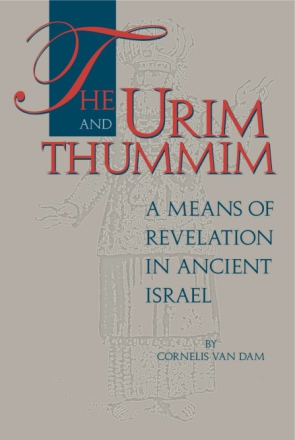 After surveying the history of interpretation and the treatment of the terms in the various versions and translations, Van Dam examines the implications of similar oracular devices and priestly dress within the larger cultural context of the ancient Near East. He places the Urim and Thummim within the context of divine revelation and human inquiry and the corollary probibition of divination in ancient Israel. He concludes that the breastpiece functioned as a pouch to hold the Urim and Thummim, which therefore clearly were tangible objects. Van Dam traces the use of this oracular instrument through the early monarchy under David—from the time of Joshua through the early monarchy under David—and its apparent disappearance by the time of the “classical” prophets, where a shift to primarily verbal oracles occurs.

Concurrent with his study of the history of the oracle, Van Dam interacts with current discussion on the nature and process of God’s revelation to humankind.