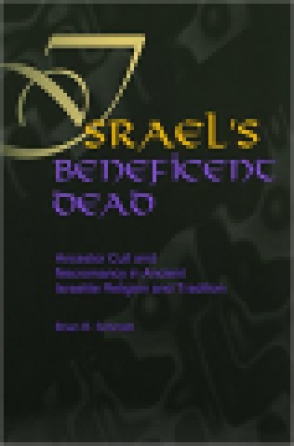 Another ritual complex from the domain of divination, namely necromancy, might have expressed the Israelite dead’s beneficent powers. Yet, was this power to reveal knowledge that of the dead or was it a power conveyed through the dead, but that remained attributable to another supranatural being of non-human origin? Contemporary Assyrian necromancers utilized the ghost as a conduit through which divine knowledge was revealed to ascertain the future and so Judah's king Manasseh, a loyal Assyrian vassal, emulated these new Assyrian imperial forms of prognostication. As a de-legitimating rhetorical strategy, necromancy was then integrated into biblical traditions about the more distant past and attributed fictive Canaanite origins (Deut 18). In its final literary setting, necromancy was depicted as the Achille's heel of the nation's first royal dynasty, that of the Saulides (1 Sam 28), and more tellingly, its second, that of the Davidides (2 Kgs 21:6; 23:24).

Brian B. Schmidt is Professor of Hebrew Bible and Ancient Mediterranean West Asian Cultures at the University of Michigan.

2.1 The Evidence from Ebla

2.2 The Evidence from Mari

3.1 The Evidence from Ugarit

3.2 The Evidence from Nuzi and Emar

Chapter 4. The Textual Evidence from the Hebrew Bible

4.1 The Extra-biblical Textual Evidence from Syria-Palestine: The Early to Mid First Millennium B.C.E.

4.2 The ‘Canaanite’ Origins of Israel’s Belief in the Beneficent Dead