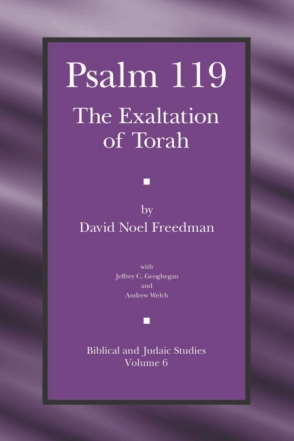 “There is no a priori reason that alphabetic acrostics should be less creative, expressive, or complex than other psalms. Thus the essays collected here investigate the acrostic format as a legitimate option for Israelite poets rather than as the refuge of uninspired epigones....The fruit of over twenty years’ close reading of these psalms, the following essays reveal the poets’ consummate mastery of the demanding acrostic form and deserve incorporation in future discussions of biblical poetic art.

The Structure of Psalm 119, Part I

The Structure of Psalm 119, Part II

The Theology of Psalm 119