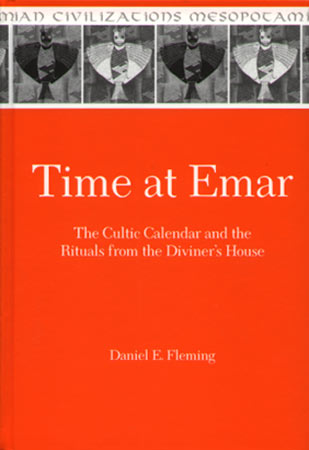 The main public rite of Emar’s religious calendar was the zukru festival. This event was celebrated in a simplified annual ritual and in a more elaborate version of the ritual for seven days during every seventh year, probably serving as a pledge of loyalty to the chief god, Dagan. The Emar ritual calendar was native, in spite of various levels of outside influence, and thus offers important evidence for ancient Syrian culture. These texts are thus important for ancient Near Eastern cultic and ritual studies. Fleming’s comprehensive study lays the basic groundwork for all future study of the ritual and makes a major contribution to the study of ancient Syria.

Chapter 1: Emar and the Question of Time

Festivals and Calendars of the Ancient Near East