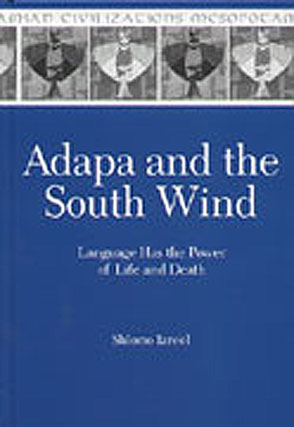 The discovery of the myth of Adapa and the South Wind immediately attracted wide attention. Its ideology and its correspondence to the intellectual heritage of Western religions precipitated flourishing studies of this myth, both philological and substantive. Many translations have appeared during the past century, shedding light on various aspects of the myth and its characters. Izre’el unveils the myth of Adapa and the South Wind as mythos, as story. To do this, he analyzes the underlying concepts through extensive treatment of form. He offers an edition of the extant fragments of the myth, including the transliterated Akkadian text, a translation, and a philological commentary. The analysis of poetic form that follows leads to understanding the myth as a piece of literature and to uncovering its meanings. This study therefore marks a new phase in the long, extensive research into this Mesopotamian myth.

The Nineveh Fragments and Their Relationship to the Amarna Fragment

Excursus: The TMA System and the Narrative Sequence

The Origins of the Myth

THE MYTH AS POETRY

LANGUAGE HAS THE POWER OF LIFE AND DEATH: STRUCTURE AND MEANING

Unfolding the Narrative: The Linguistic Component and Meaningful Structural Ties