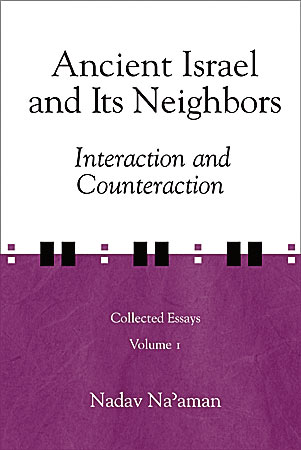 Collected here are 25 essays that focus particularly on ancient Israel’s relations with its neighbors and the forces inside the ancient nation that governed those relationships. Subjects range from the battle of Qarqar to the archaeology of the monarchy to the status of governors during the Persian Period.

Ahab’s Chariot Force at the Battle of Qarqar

Jehu Son of Omri: Legitimizing a Loyal Vassal by His Lord

Rezin of Damascus and the Land of Gilead

The Historical Background to the Conquest of Samaria (720 BCE)

Hezekiah and the Kings of Assyria

The Conquest of Yadnana according to Sargon II’s Inscriptions

Sennacherib’s “Letter to God” on His Campaign to Judah

The Shihor of Egypt and Shur That Is before Egypt

An Assyrian Residence at Ramat Rahel?

Chronology and History in the Late Assyrian Empire (631–619 BCE)

The Kingdom of Judah under Josiah

Nebuchadrezzar’s Campaign in the Year 603 BCE

Royal Vassals or Governors? On the Status of Sheshbazzar and Zerubbabel in the Persian Empire