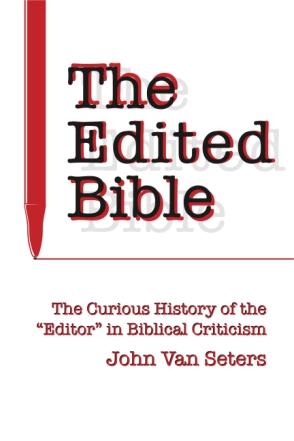 The Problem of Definition in Old Testament Handbooks

The Revival of Scholarship in the Renaissance and Editing the Classics

Editing the Scriptures in Judaism and Christianity

The Task before Us

2. The Early History of Editing

The Rise of Homeric Scholarship in the Pre-Hellenistic Period

Alexandrian Scholars and the Editing of Homer

Homeric Scholarship in Pergamum and Rome

Editing and Its Influence on the Vulgate and the Book Trade

3. Jewish and Christian Scholarship and Standardization of Biblical Texts

The Sopherim as “Editors” of the Hebrew Bible

Editing and Translating the Sacred Texts among the Church Fathers

4. Classical and Biblical Text Editions: Editing in the Age of the Printing Press

The Revival of Classical Learning and the Publication of Editiones Principes

The Textus Receptus of the New Testament and the Hebrew Bible

Editing Classical Texts and the Education of the Gentleman

Richard Bentley and the Critical Editing of Texts

Editors and the Collection of Manuscripts

5. Editing Homer: The Rise of Historical Criticism in Classical Studies

F. A. Wolf and the Homeric Problem

The Editor in Homer after Wolf

The Demise of the Redactor in Homeric Studies

6. The History of the “Editor” in Biblical Criticism from Simon to Wellhausen

Editor as Compiler of Fragments and Documents: From Eichhorn to Vater

Wellhausen and Kuenen: The Redactor in the Documentary Hypothesis

7. The History of Redaction in the Twentieth Century: Crisis in Higher Criticism

The Wellhausen Legacy in the Twentieth Century: Driver, Eissfeldt, and Pfeiffer

Form Criticism of the Hexateuch: Authors and Editors in G. von Rad

Editors and Historians in the History of Traditions: Martin Noth

The Composition of the Pentateuch: Neither Authors nor Editors—Erhard Blum

Wellhausen and the Rise of Redaction Criticism in New Testament Studies

8. Editing the Bible and Textual Criticism

Editors in the History of Textual Criticism

Editors in the Book of Jeremiah

Editing the Bible and the Dead Sea Scrolls

The Editions of the Septuagint and Other Early Greek Recensions

9. Editors and the Creation of the Canon

The Problem of Definition: “Canon” and “Canonical”

Canonical Criticism, Canonical Process, and the Editing of the Bible

The Role of the Editor in Innerbiblical Exegesis

For recent comments by Van Seters on the topics contained in his book, see his response to an article by Rolf Rendtorff at the SBL Forum.