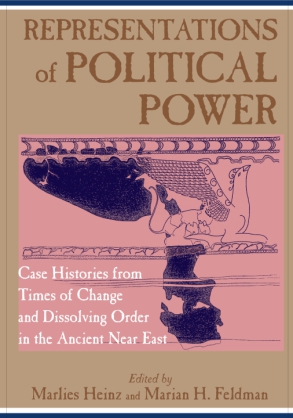 Part I: Reestablishment of Order after Major Disruption

Emar and the Transition from Hurrian to Hittite Power Regine Pruzsinszky

Frescoes, Exotica, and the Reinvention of the Northern Levantine Kingdoms during the Second Millennium B.C.E. Marian H. Feldman

Sargon of Akkad: Rebel and Usurper in Kish Marlies Heinz

Part II: Changing Order from Within

The Royal Cemetery of Ur: Ritual, Tradition, and the Creation of Subjects Susan Pollock

The Divine Image of the King: Religious Representation of Political Power in the Hittite Empire Dominik Bonatz

Nabonidus the Mad King: A Reconsideration of His Steles from Harran and Babylon Paul-Alain Beaulieu

Cyrus the Great of Persia: Images and Realities Amelie Kuhrt