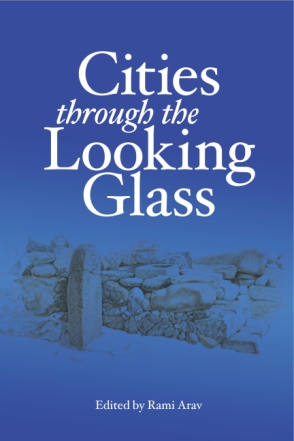 The conference was structured so that text scholars and material-culture scholars were able to interact and influence one another. This interdisciplinary approach created a unique, productive atmosphere where scholars who come from different disciplines were able to share and exchange ideas in ways that seldom happen in our increasingly specialized academic world. Thus, scholars from three major disciplines—Greek philosophy, biblical studies, and archaeology—produced lectures and papers on urbanism in the ancient world that reflect multihued perspectives that draw on the specialties of each contributor.

Few conferences on urbanism engage in an interdisciplinary approach, and few deal with the questions raised in this book; even fewer are published and see the light of day. In this volume, we are pleased to be able to share a fine collection of essays from the conference with the larger community of people interested in the ancient world.

Landscape of Shadows: The Image of City in the Hebrew Bible—Nicolae Roddy

Text and the City—Leonard Greenspoon

The City and the Philosopher in Ancient Greece—Laura W. Grams

Urbanism in Galilee: A Study of Kinneret, Hazor, Dan, and Tzer in the Iron Age—John T. Greene

The Fortified City of Bethsaida: The Case of an Iron Age Capital City—Rami Arav

Going from 165 b.c.e. to 70 c.e.: Jerusalem between the Hasmoneans and Herod the Great—Dan Bahat

Indexes of Authors, Scriptures, and Other Ancient Sources