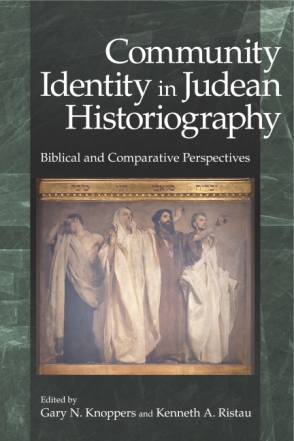 “Are There Any Bridges Out There? How Wide Was the Conceptual Gap between the Deuteronomistic History and Chronicles?” Ehud Ben Zvi

“Characters in Stone: Royal Ideology and Yehudite Identity in the Behistun Inscription and the Book of Haggai James Bowick

The Diaspora in Zechariah 1-8 and Ezra-Nehemiah: The Role of History, Social Location, and Tradition in the Formulation of Identity John Kessler

“Ethnicity, Genealogy, Geography, and Change: The Judean Communities of Babylon and Jerusalem in the Story of Ezra” Gary N. Knoppers

“Ezra’s Mission and the Levites of Casiphia” Mark Leuchter

Textual Identities in the Books of Chronicles: The Case of Jehoram’s HIstory Louis Jonker

“Reading and Re-Reading Josiah: The Chronicler’s Representation of Josiah for the Post-Exilic Community’ Ken Ristau

Identity and Empire, Reality and Hope in the Chroncler’s Perspective Mark J. Boda