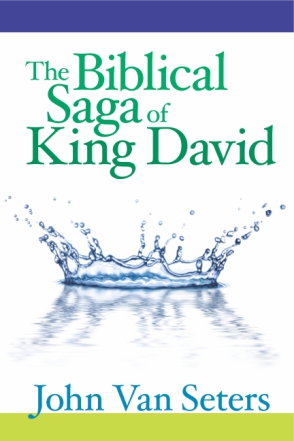 The Scope of the Study

The History of Scholarship on David

The Thematic Analysis of Leonhard Rost: The Succession Narratve

The David Story as the Beginnings of History Writing: Von Rad

The Succession Narrative and Wisdom: Whybray

The History of David’s Rise

The Prophetic History of David

A Different Approach to the David Story: Van Seters

2. The David Saga within its Social and Historical Setting: Part 1

Historical Documents from the David-Solomon Era

The David Tradition and the Biblical Archaeology Debate

The Socio-Archaeological Approach and its Advocates: the Biblical Archaeology Debate

3. The David Saga within its Social and Historical Setting: Part 2

The Search for Historical Sources within the David Story

The Lists of David’s Officials, His Sons, and His Military Officers

The Rise of Mercenaries in the Greek World

Mercenaries in the story of David

David and his Band of Mercenaries

The Use of Mercenaries in King David’s Army

4. David and Saul: the Problem of Multiple Accounts

The Beginning of the Story of David

The Story of David and Goliath

The Problem of the Textual Differences in Hebrew and Old Greek

The Story of David and Goliath within its Literary Context

5. David’s Life in Saul’s Court and David as an Outlaw

David as a Member of Saul’s Court

David among the Philistines: Observations on 1 Sam 27-31

Competing Ideologies in the Story of David and Saul

The Death of Saul in Dtr and in the David Saga

Wars against Moab, Edom, the Arameans and the Ammonites

Literary Observations on the Wars of David

The Divine Promise to David (2 Sam 7): A Retrospective Survey

2 Sam 7 within the David Story and the Larger DtrH

David’s Final Admonition to Solomon and the Succession

7. A Portrayal of Life in the Court of David: The David Saga

David’s Conflict with Ishbosheth for Control of Israel

David and the Return of the Ark

David’s Conflict with Ishbosheth for Control of Israel

Rape and Murder in the Court of David

The Revolt of Absalom

David’s Victory and the Death of Absalom

The Final Struggle for Succession to the Throne

Understanding Dtr’s David within His Larger History of Israel

David’s Rise to Power within the David Saga

The Significance of Genre

The Royal Ideology of the David Saga and DtrH Compared

Appendix: The Division of Sources (Dtr and the David Saga)