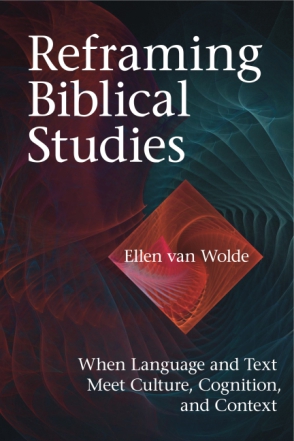 However, we can learn from the cognitive sciences. Until the end of the 1980s, neurophysiologists, psychologists, pediatricians, and linguists worked in complete isolation from one another on various aspects of the human brain. Then, beginning in the 1990s, one group began to focus on processes in the brain, thereby requiring that cell biologists, neurologists, psychiatrists, psychologists, linguists, and other relevant scientists collaborate with each other. Their investigation revealed that the brain integrates all kinds of information; if this were not the case, we would not be able to catch even a glimpse of the brain’s processing activity.

By analogy, van Wolde’s proposal for biblical scholarship is to extend its examination of single elements by studying the integrative structures that emerge out of the interconnectivity of the parts. This analysis is based on detailed studies of specific relationships among data of diverse origins, using language as the essential device that links and permits expression. This method can be called a cognitive relational approach.

Van Wolde bases her work on cognitive concepts developed by Ronald Langacker. With these concepts, biblical scholars will be able to study emergent cognitive structures that issue from biblical words and texts in interaction with historical complexes. Van Wolde presents a method of analysis that biblical scholars can follow to investigate interactions among words and texts in the Hebrew Bible, material and nonmaterial culture, and comparative textual and historical contexts. In a significant portion of the book, she then exemplifies this method of analysis by applying it to controversial concepts and passages in the Hebrew Bible (the crescent moon; the in-law family; the city gate; differentiation and separation; Genesis 1, 34; Leviticus 18, 20; Numbers 5, 35; Deuteronomy 21; and Ezekiel 18, 22, 33).