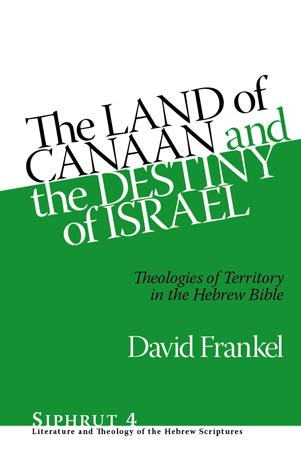 Frankel asks these questions and others of the Hebrew Bible as a whole and of the biblical texts individually. He shows that all of these questions were addressed by various biblical authors and that diverse and even opposing answers were given to them. These issues are not completely new. Many of them have been addressed in recent times by various scholars and theologians who have taken a renewed interest in the “territorial dimension” of the Hebrew Bible. However, works of a predominantly theological or sociological orientation often suffer from a tendency to read the biblical texts holistically and to gloss over textual snags and inconsistencies. For Frankel, the snags and inconsistencies in the texts are of central importance. They allow him carefully to reconstruct the process of the growth of the texts in question and to reveal both their original forms and their final transformations at the hands of the editors. Frankel’s analysis shows that behind the present form of several biblical texts lie earlier versions that often displayed remarkably open and inclusive conceptions of the relationship between the people of Israel and the land of Canaan. Diachronic analysis of the biblical text is thus an essential component in this book’s attempt to retrieve something of the heated theological dynamic that animated the work of the authors and editors whose efforts were consummated in the formation of the Hebrew Bible.

1. Introduction: The Significance of the Land in Defining Israel

3. Worship of the Lord on Foreign Soil

4. Leaving the Land: Emigration in the Book of Genesis

5. The Religions of Canaan: Coexistence and Exclusiveness in the Book of Genesis

6. The People of the God of Abraham

Epilogue: Toward a Contemporary Theology of Israel and the Land