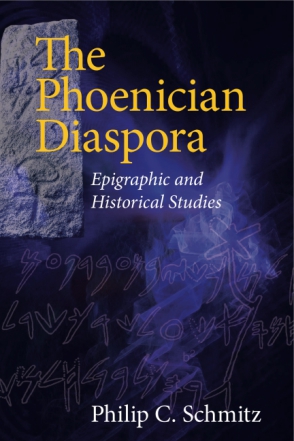 Chapter 1 rapidly surveys the history of Phoenician-Punic epigraphy and offers a limited inventory of recent publications of epigraphic texts. Chapter 2 undertakes a new reading and translation of the Phoenician stele from Nora, Sardinia (CIS I 144). Chapter 3 edits and translates the larger Phoenician inscriptions from Abu Simbel, in Egypt (CIS I 112). Chapter 4 concerns the paleographic analysis of selected Phoenician graffiti from Tell el-Maskhuta. Chapter 5 publishes an overlooked dipinto inscription on an amphora excavated at Carthage. (An appendix by Joann Freed contextualizes the amphora.) Chapter 6 takes a text-critical look at CIS I 6068, an enigmatic Punic inscription on lead, thought since its discovery to be a curse text. Schmitz argues that it is not a curse but a quittance for debt. Chapter 7 is a new reading and translation of CIS I 6000bis, a Punic epitaph from the Hellenistic period of Carthage.

Among the features of this book that may interest students and scholars are: new translations and interpretations of important inscriptions the translation and interpretation of which have been disputed; previously unpublished photographs of inscriptions, illustrating difficult readings; author’s hand drawings of difficult readings; and grammatical analysis with reference to other known texts and standard reference works.

5. A Phoenician Amphora from Carthage with a Dipinto Inscription

Appendix: The Casque-Shaped Amphora at Carthage by Joann Freed

7. The Punic Epitaph of Mlkpls from Carthage (CIS I 6000bis)

The Reference to Future Life