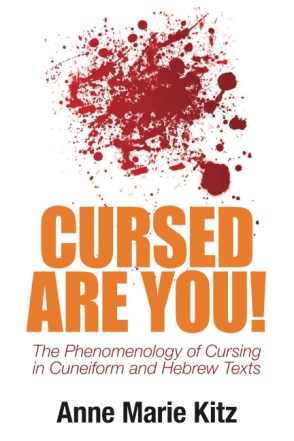 In the ancient world, curses functioned in a way markedly different from our own, and it is into the world of the ancient Near East that we must go in order to appreciate the scope of their influence. For the ancient Near Easterners, curses had authentic meaning. Curses were part of their life and religion. They were not inherently magic or features of superstitions, nor were they mere curiosities or trifling antidotes. They were real and effective. They were employed proactively and reactively to manage life’s many vicissitudes and maintain social harmony. They were principally protective, but they were also the cause of misfortune, illness, depression, and anything else that undermined a comfortable, well-balanced life. Every member of society used them, from slave to king, from young to old, from men and women to the deities themselves. They crossed cultural lines and required little or no explanation, for curses were the source of great evil. In other words, curses were universal.

Because curses were woven into the very fabric of every known ancient Near Eastern society, they emerge frequently and in a wide variety of venues. They appear on public and private display objects, on tomb stelae, tomb lintels, and sarcophagi, on ancient kudurrus and narûs. They are used in political, administrative, social, religious, and familial contexts. They are the subject of incantations. They are tools that exorcise demons and dispel disease; they ban, protect, and heal.

This is the phenomenology of cursing in the ancient Near East, and this is what the present work explores.

Introduction: Curse in the Ancient Near East

Part 1 The Operation of Curses

3. The Types of Curses

5. The Effectiveness of Maledictions by the Deities

6. The Productivity of Curses by Human Beings

7. Executioner Deities, Hypostatization, and the Agents of Curses

8. The Purpose of Curses

9. The Process behind Curses

11. Of Nets and Arms and Webs of Words: Drawing Circles and Twisting Cords

12. Of Nets and Arms and Webs of Words: Weapons and Other Images