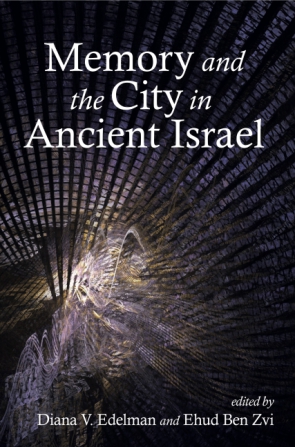 Part 1: Opening the Gates—An Introduction and Invitation to Join the Conversation about Cities and Memory

Cities of Glory and Cities of Pride: Concepts, Gender, and Images of Cities in Mesopotamia and in Ancient Israel

Part 2: Crossing the Gates and Entering into the City (of Memory): Memories of Urban Places and Spaces

Testing Entry: The Social Functions of City-Gates in Biblical Memory

In Defense of the City: Memories of Water in the Persian Period

Cisterns and Wells in Biblical Memory

The Memory of Samaria in the Books of Kings

How to Slander the Memory of Shechem

Mizpah and the Possibilities of Forgetting

“Babylon” Forever, or How To Divinize What You Want To Damn

Building Castles on the Shifting Sands of Memory: From Dystopian to Utopian Views of Jerusalem in the Persian Period