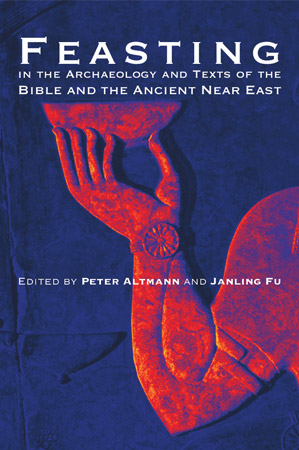 The strength of this collection lies in the many disciplines and methodologies that come together. Texts, pottery, faunal studies, iconography, and anthropological theory are all accorded a place at the table in locating the importance of feasting as a symbolic, social, and political practice. Various essays showcase both new archaeological methodologies—zooarchaeological bone analysis and spatial analysis—and classical methods such as iconographic studies, ceramic chronology, cultural anthropology, and composition-critical textual analysis.

Conspicuous Consumption: Dining on Meat in the Ancient Mediterranean World and Near East (Jodi Magness)

Feasts on Many Occasions: Diversity in Mesopotamian Banquet Scenes during the Early Dynastic Period (Steve Renette)

The Next Level and the Final Stage: Consistency and Change in the Provision of Meals for the Dead in Their Different Stages of Existence and the Accompanying Feasting Acts of the Living, as Evidenced at Mari, Qatna, and Ugarit (Sarah Lange)

Feast and Famine: Theoretical and Comparative Perspectives on Lack as a Backdrop for Plenty in the Hebrew Bible (Peter Altmann)

Feasting and Everyday Meals in the World of the Hebrew Bible: The Relationship Reexamined through Material Culture and Texts (Leann Pace)