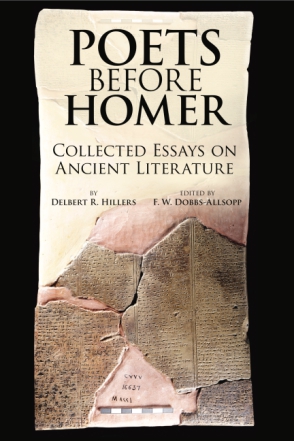 1. “Poets Before Homer”: Archaeology and the Western Literary Tradition

Part I: Traditions in Metaphor, Magic, and Other Aspects of Literature: Some Examples

2. A Convention in Hebrew Literature: The Reaction to Bad News

4. Homeric Dictated Texts: A Reexamination of Some Near Eastern Evidence

7. The Effective Simile in Biblical Literature

10. Treaty-Curses and the Old Testament Prophets

I. The Problem and the Sources

II. Types of Treaty-Curses and Their History

11. A Note on Some Treaty Terminology in the Old Testament

12. Rite: Ceremonies of Law and Treaty in the Ancient Near East

Performative Ritual in the Aramaic Papyri

Ceremony in Ancient Near Eastern Treaties

13. The Bow of Aqhat: The Meaning of a Mythological Theme

I. The Bow of Aqhat

III. The Meaning of the Theme

IV. The Meaning of the Aqhat Epic

14. A Proposal for a Difficult Line in Keret lm ank ksp

15. Redemption in Letters 6 and 2 from Hermopolis

16. Analyzing the Abominable: Our Understanding of Canaanite Religion

I. Palmyrene Aramaic Inscriptions and the Old Testament

18. Palmyrene Aramaic Inscriptions and the Bible

A. Genesis 2–3 “The God Yahweh and the Naked Couple”

B. Abraham’s Purchase of Tomb Property

19. Observations on Syntax and Meter in Lamentations

22. Some Performative Utterances in the Bible