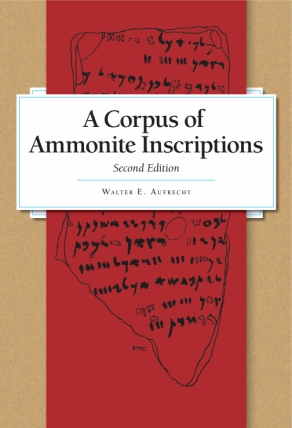 The discovery of the Amman Theater Inscription, Amman Citadel Inscription, Tall Sīrān Bottle, Ḥisbān Ostraca, and Tall al-Mazar Ostraca opened a new chapter in the study of ancient Northwest Semitic inscriptions with the recognition and analysis of the language and script of ancient Ammon. These new discoveries prompted a reclassification of a number of epigraphs previously identified as Hebrew, Phoenician, or Aramaic.

Since the first edition of this corpus, the discussion of the criteria used to classify inscriptions as Ammonite, including provenance, language, onomastics, paleography, and iconography, has advanced considerably. In addition, the number of known inscriptions has increased. This updated edition includes 254 additional inscriptions, four new appendixes, and in many cases, new and improved images.

Walter E. Aufrecht is Professor Emeritus at the University of Lethbridge, where he taught archaeology. He has authored and edited several books and articles on Aramaic and Ammonite languages and literatures, including “An Eye for Form”: Epigraphic Essays in Honor of Frank Moore Cross, also published by Eisenbrauns. 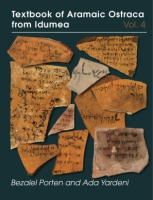