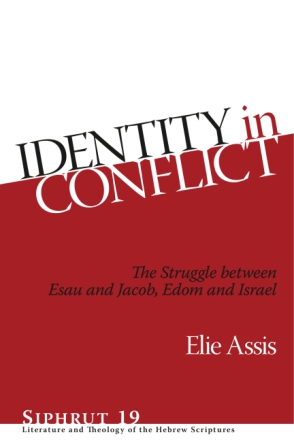 The twofold relationship between the brothers in Genesis—brotherhood and fraternity coupled with hatred and rivalry—introduces a dichotomy that is retained throughout the Hebrew Bible. In this monograph, Assis elucidates the complex relationship between Edom and Israel reflected in the Bible, to attempt to clarify the source of this complexity and the function that this relationship serves in the various biblical texts and Israel’s early history. He shows how this relationship plays an important role in the formation of Israel’s identity, and how the historical interaction between the nations influenced the people’s theological conception, as reflected in prophetic literature, poetry, and biblical narrative.

2. Jacob and Esau in the Book of Genesis

3. Israel and Edom in the Preexilic Biblical Literature

4. “But Esau I Despised”: Israel and Edom are Enemies

12. The Anti-Edomite Ideology of the Genealogical Lists in 1 Chronicles 1

13. Edom and Israel in Rabbinic and Medieval Literature