These excavations revealed that, following a robust occupation on the site’s Eastern Terrace in the EB I period, it lay fallow in EB II, settlement only to recover on the hillock to the west as a major fortified enclave in EB III. Then, after another gap in occupation during the EB IV and MB periods, it recovered again in the early LB I era, becoming an emporium associated with Egyptian trade, hence thriving, with continuity of occupation into the Iron Age and beyond. 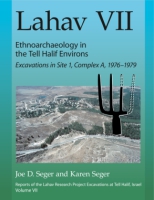