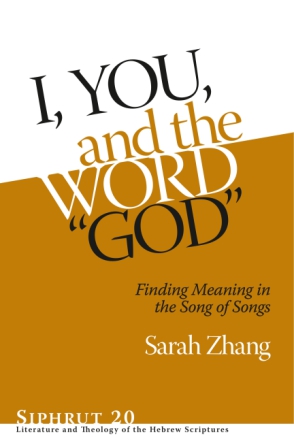 More importantly, Levinas’s understanding that poetic language breaks the tautology of logocentric discourse and gestures to the outside of consciousness provides the theoretical ground for the listener to solicit meaningfulness from the Song. Through this lyrical reading of the selected poetic units, the book demonstrates that the traditional interpretive methods of representative description, narrative paraphrase, and thematic distillation fail to encounter the otherness of poetry. In contrast, lyrical ethics pays attention to that which transcends consciousness: the awakening of the reader’s subjectivity, the saying underlying the said, the sound of the sense, and the invisibility of the visible. The Song so caressed reveals in human love the purposelessly purposive encounter with God.

1. TheorySubjectivity: The Rise of Lyrical Ethics

Levinas and the Writing of Difference

3. Restlessness and Responsibility for the OtherListening beside the Said

De-Coring: Between Intrigue and Interruption

In Other Words, or Words of the Other

"The Question Mark in This Said"

The Moment the Word "God" Is Heard