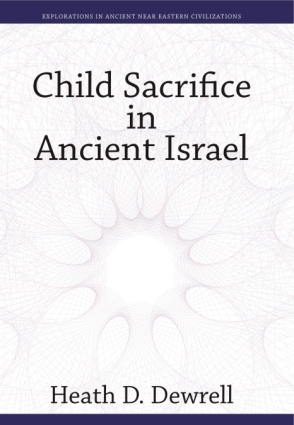 Chapter 1. Children Sacrificed as Part of a "Molek" Rite

Those Who Deny the Existence of a God "Molek"

Scholars Who Continue to Argue That "Molek" Was a Deity

Chapter 2. Archaeological, Iconographic, and Epigraphic Evidence for Child Sacrifice in the Levant and Central Mediterranean

More Evidence from the Levant? Tyre and Achziv

Appendix: Documentation of Sites with Tophets

Mesha's Sacrifice of His Firstborn Son

Molek Revisited: The History and Nature of Israelite למלך Sacrifices

Life and Mortality in Ugaritic

A Lexical and Literary Study