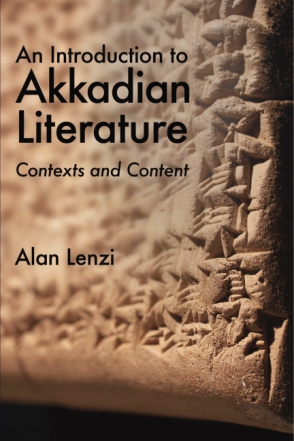 “A study that renders Akkadian literature accessible to a different readership.”—Nathan Wasserman, Review of Biblical Literature

This book initiates the reader into the study of Akkadian literature from ancient Babylonia and Assyria. With this one relatively short volume, the novice reader will develop the literary competence necessary to read and interpret Akkadian texts in translation and will gain a broad familiarity with the major genres and compositions in the language.

The first part of the book presents introductory discussions of major critical issues, organized under four key rubrics: tablets, scribes, compositions, and audiences. Here, the reader will find descriptions of the tablets used as writing material; the training scribes received and the institutional contexts in which they worked; the general characteristics of Akkadian compositions, with an emphasis on poetic and literary features; and the various audiences or users of Akkadian texts. The second part surveys the corpus of Akkadian literature defined inclusively, canvasing a wide spectrum of compositions. Legal codes, historical inscriptions, divinatory compendia, and religious texts have a place in the survey alongside narrative poems, such as the Epic of Gilgamesh, Enuma elish, and Babylonian Theodicy. Extensive footnotes and a generous bibliography guide readers who wish to continue their study.

“A study that renders Akkadian literature accessible to a different readership.”—Nathan Wasserman, Review of Biblical Literature

Alan Lenzi is Professor of Religious Studies at University of the Pacific. He is the editor of Reading Akkadian Prayers and Hymns: An Introduction and author of Secrecy and the Gods: Secret Knowledge in Ancient Mesopotamia and Biblical Israel.

An Overview of the Textual Record

1. Prolegomena to the Study of Akkadian Literature

Tablets: From Excavation to Translation

Audiences: Who Read These Texts?

Meditations on Human Suffering and the Divine

Conclusion: The Future of Akkadian Literature