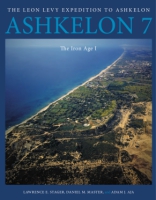 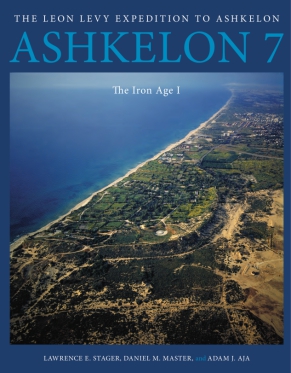 The volume spans more than 900 full-color pages with forty chapters. The architecture, stratigraphy, pottery, and other finds are presented in considerable detail, shedding new light on this important period in the history of ancient Ashkelon. It is an indispensable resource for scholars interested in the history of the eastern Mediterranean or the background of the Biblical world.

Lawrence E. Stager (1943–2017) was the inaugural Dorot Professor of the Archaeology of Israel at Harvard University and director of the Harvard Semitic Museum (1986–2012). He directed excavations at Idalion (Cyprus) and Carthage (Tunisia). From 1985–2016 he directed the Leon Levy Expedition to Ashkelon. Among his books are the award-winning Life in Biblical Israel (with P.J. King) and Ashkelon Discovered: From Canaanites and Philistines to Romans and Moslems. In 2016 he received the Percia Schimmel Prize from the Israel Museum for his contributions to archaeology in Israel, and in 2018 the Israel Exploration Society published a volume of Eretz-Israel in his honor.

Daniel M. Master is Professor of Archaeology at Wheaton College and co-directed the work of the Leon Levy Expedition to Ashkelon from 2007 to 2016. He currently oversees the publication of the Ashkelon final report series and is co-director of excavations at the site of Tel Shimron (Israel). His publications also include the first final report on the 1953–1964 excavations at Tel Dothan and (as general editor) The Oxford Encyclopedia of the Bible and Archaeology.

Adam J. Aja is Curator of Collections at the Harvard Museum of the Ancient Near East formerly the Harvard Semitic Museum) and chief stratigrapher at Tel Shimron Excavations. He served as grid supervisor and later as assistant director for the Leon Levy Expedition to Ashkelon. He also worked for several seasons at the Tel Miqne-Ekron excavation and at Tel Tayinat in Turkey.

Imported Pottery of the Roman and Late Roman Periods 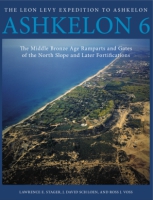