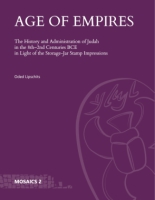 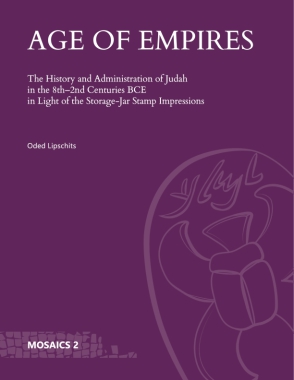 “This is a landmark in the study of ancient Judah.”—Alan Millard, Journal for the Study of the Old Testament

This is the first attempt to consider the phenomenon as a whole and to develop a unified theory that would explain the function of these stamp impressions and shed new light on the history of Judah during six centuries of subjugation to the empires that ruled the region—as a vassal kingdom in the age of the Assyrian, Egyptian, and Babylonian empires and as a province under successive Babylonian, Persian, Ptolemaic, and Seleucid rule.

“This is a landmark in the study of ancient Judah.”—Alan Millard, Journal for the Study of the Old Testament

Oded Lipschits is Professor of Jewish History in the Department of Archaeology and Ancient Near Eastern Cultures at Tel Aviv University and the Director of the Sonia and Marco Nadler Institute of Archaeology. He is also the Incumbent of the Austria Chair of the Archeology of the Land of Israel in the Biblical Period and the head of the international M.A. and Ph.D. programs in Ancient Israel Studies. Professor Lipschits directed the excavations at Ramat Raḥel between 2005 and 2010. Since 2012 he has been the Director of the Lautenschläger Azekah Expedition, and in recent years he has also been directing excavations in the new temple of the biblical period discovered in Moẓa, a few kilometers from Jerusalem.

Introduction: The Importance of the Stamp-Impression System for an Understanding of the History and Administration of Judah in the First and Second Temple Periods

1. Storage-Jar Stamp Impressions in the Ancient Near East

2. The Jar-Stamping Phenomenon in Judah

5. The Chronology of the Stamped Storage-Jar Systems in the Kingdom of Judah

6. The Function and Modus Operandi of the Stamped Storage-Jar System in the Kingdom of Judah

7. The Stamped Storage-Jar Systems in Their Chronological, Historical and Archaeological Contexts