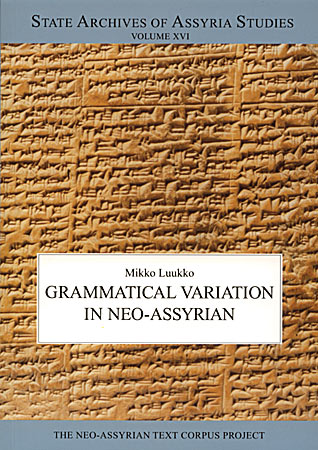 On the basis of this extensive corpus, it is possible to define variation in great detail across the grammatical spectrum: in graphotactics, in phonology, in morphology, in syntax, and in semantics. Thousands of detailed examples make the extent of synchronic variation in Neo-Assyrian explicit in a way that would not be possible without such wide-ranging documentation. Two detailed appendices on the letter corpus itself and on the senders of the letters would make useful handbooks on their own. And the discussed terms and the cited passages are fully indexed.

Appendix B: Writers of Neo-Assyrian Letters