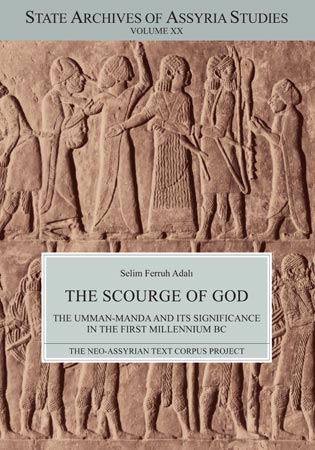 With intractable questions such as this, it is useful on occasion to recapitulate all the evidence that applies to the question, to integrate new evidence that has appeared since the last recapitulation, and to see if a new synthesis of the evidence is possible. In this work, Adalı does precisely that. After collecting all the textual references to the Umman-manda, the author analyzes the writings, surveys the eytmologies proposed for the term Umman-manda over the years, and finally offers a new proposal for the etymology. He then investigates the nonliterary texts that mention the Umman-manda, seeking clues to their origins and ethnic makeup, finding, as others have, that the evidence is inconclusive and sometimes even contradictory.

Turning to the literary texts as a source for the Umman-manda, the author finds more fertile ground. Leaving aside the potential historical kernel of the Cuthaean Legend of Naram-Sin because the available evidence does not speak to this issue, Adalı turns his investigation to the Umman-manda as a lit

erary topos. By investigating the motifs and terminology used in the Cuthaean Legend and comparing them with similar usage in other literary works, the author is able to establish a leitmotif for the Umman-manda and then identify this leitmotif in the royal inscriptions of Assyrian and Babylonian kings.

From Anatolia and the Levant

Excursus: The Lexical Analysis of mandum