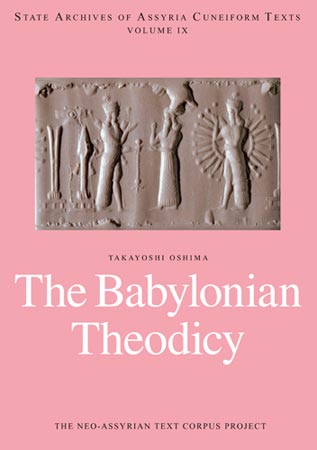 This volume, based on nine different manuscripts (two of them new) and numerous new joins, offers the most complete edition of the text available so far. It is now possible to fully or partially recover 272 of the original 297 lines of the composition. The cuneiform text, sign list and glossary attached to the edition make it possible for the first time to read the entire composition in class. The volume also contains an up-to-date introduction to the text, a bibliography of previous studies, and a detailed philological commentary.

Remarks on the Literary Style

The Author and the Date of Composition

The Message of the Babylonian Theodicy I: The Three Major Points of the Friend

The Source of the Adversity

The Position of the Author

The ‘Readers’ of the Babylonian Theodicy

The Person Qualified for the ‘Scriptures’

The Standard Babylonian Myth of Nergal and Ereškigal