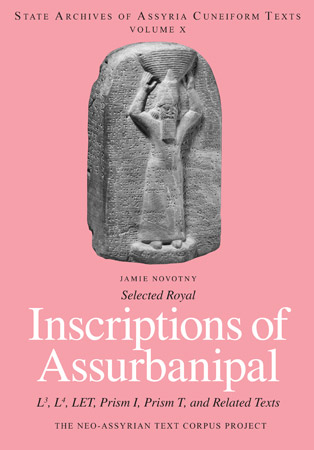 Like the rest of the SAACT series, the volume is primarily intended as a teaching aid and is ideal for both classroom teaching and for self-study. Besides providing an introduction to the inscriptions of Assurbanipal and an appealing alternative to the “Annals of Sennacherib,” it now makes it possible, for example, for first time to read Assurbanipal’s famous “School Days Inscription” (L4) in class. Each text is presented both in cuneiform and in transliteration with fresh English translations. Moreover, the book includes a list of logograms and their readings, an Akkadian glossary, an index of personal, geographical and divine names, and a sign list, everything needed to read these important Assyrian compositions.

On the Present Volume

Logograms and their Readings