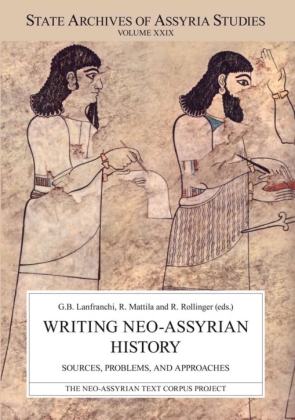 The importance of the meeting and of this volume is relevant not only because of the innovative character of most articles, but also because of the prospective methodological spin-off in other historical sectors, from Greek and Roman history to medieval, modern or even Oriental (e.g., Chinese, Japanese, Indian) history. The importance of the spin-off in other sectors of the history of Ancient Mesopotamia, and in general of the Ancient Near East, is self-evident.

The volume offers a distinctive contribution to knowledge in history and historiography in general, but also in demonstrating and applying a tight connection between history, philology, archaeology and history of art, extending to the fields of ideology, politics, sociology, religion, economy and law.

The sources discussed in the various articles extend from cuneiform texts of various kinds to monumental relics and archaeological findings of all kinds, studied according to the most updated Assyriological methodologies and the most advanced historical approaches.

Giovanni Battista Lanfranchi retired as Professor (Professore Ordinario) of Ancient Near Eastern History at the University of Padova.

Raija Mattila is Professor of Ancient Near Eastern History at Helsinki University.

Robert Rollinger is Professor of Ancient Near Eastern History at Innsbruck University.

1. History of Research and General Questions

A History of Research on the Neo-Assyrian Empire, Grant Frame

The Neo-Assyrian Empire and Its Chronological and Geographical Frameworks, Ariel M. Bagg

The Composition and Structure of the Neo-Assyrian Empire: Ethnicity, Language, and Identities, Frederick Mario Fales

The Neo-Assyrian Empire and the History of Science: Western Terminology and Ancient Near Eastern Sources, Sebastian Fink

2. How to Deal with the Neo-Assyrian Sources

The Role of the Royal Inscriptions in Reconstructing Assyrian History, Mario Liverani

Neo-Assyrian Religious Texts and the Problem of Their Redaction Process, Simo Parpola

Literary Texts as Historical Sources: How to Approach and Use Them, Simonetta Ponchia

Letters as a Historical Source: How to Use and Deal with Them, Mikko Luukko

The Problem of Original Letter, Draft, and Copy, Sanae Ito

6. The Administrative and Legal Texts

Legal Texts as a Historical Source: How to Use and to Deal with Them, Betina Faist

Neo-Assyrian Treaties as a Source for the Historian: Bonds of Friendship, the Vigilant Subject and the Vengeful King's Treaty, Karen Radner

Bas-reliefs as a Source for Neo-Assyrian History, Davide Nadali

The History of Art and Neo-Assyrian History, Ann Gunter

10. The Periphery of Assyria