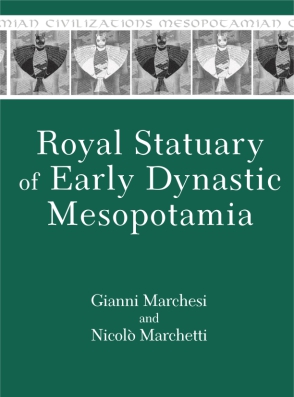 Starting from these observations, the authors proceed to investigate the ideology of early polities in Mesopotamia and the role and functions of the king. Along with a new chronology of Early Dynastic rulers and an outline of Early Dynastic history, discussions of significant monuments and inscriptions are offered. In addition, all known inscriptions on royal statues are edited and provided with detailed commentaries.

1.1. The Main Contexts of Stratified Early Dynastic Statues and Other Visual Material

1.1.11. Some Groups of Sculpted Artifacts from Other Mesopotamian Sites

1.2. Early Dynastic Chronology and the Development of Visual and Epigraphic Artifacts

2.2. Royal Titles and Ideology of Kingship

3.3. The Development and Meaning of Royal Statuary

Chapter 4. The Inscriptions on Royal Statues

4.2. Definition of the Corpus

Chapter 5. Kingship and Visual Communication in the Early Dynastic Period

5.1. The Protohistoric Era and the Problem of Identifying the “Priest-King”

5.2. The Iconography and Themes of Early Dynastic Art

6.1 Iconographic Details and Visual Significance: The Ruler and the Early State Administration

6.2. From Participation to Individualism: The Development of Royal Visual Propaganda in Early Dynastic IIIa–b

A.1. Characteristics of Early Dynastic Sanctuaries

A.2. Temple Names and Titular Deities

Appendix C. Notes on the Transliteration of Texts and the Transcription of Proper Names 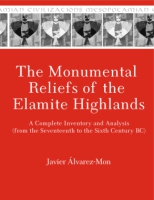 The Monumental Reliefs of the Elamite Highlands