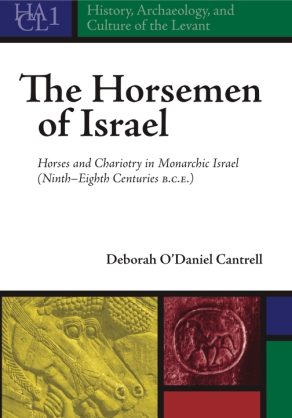 Notwithstanding the substantial textual and archaeological evidence of the horse’s historic presence, recent scholars seem to be led by a general belief that there were very few horses in Iron Age Israel and that Israel’s chariotry was insignificant. The reason for this current sentiment is tied primarily to the academic controversy of the past 50 years over whether the 17 tripartite-pillared buildings excavated at Megiddo in the early 20th century were, in fact, stables. Although the original excavators, archaeologists from the University of Chicago, designated these buildings as stables, a number of scholars (and a few archaeologists) later challenged this view and adopted alternative interpretations. After they “reassessed” the Megiddo stables as “storehouses,” “marketplaces,” or “barracks,” the idea developed that there was no place for the horses to be kept and, therefore, there must have been few horses in Israel. The lack of stables, when added to the suggestion that Iron Age Israel could not have afforded to buy expensive horses and maintain an even more expensive chariotry, led to a dearth of horses in ancient Israel; or so the logic goes that has permeated the literature. Cantrell’s book attempts to dispel this notion.

Too often today, scholars ignore or diminish the role of the horse in battle. It is important to remember that ancient historians took for granted knowledge about horses that modern scholars have now forgotten or never knew. Cantrell’s involvement with horses as a rider, competitor, trainer, breeder, and importer includes equine experience ranging from competitive barrel-racing to jumping, and for the past 25 years, dressage. The Horsemen of Israel relies on the author’s knowledge of and experience with horses as well as her expertise in the field of ancient Near Eastern languages, literature, and archaeology.

The Nature of the War-Horse

The Sights of Battle

The Noise of Battle

The Smells of Battle

The Sex of the War-Horse

The Horse in Battle

The Limitations of the Horse in Battle

Killing a Horse in Battle

Size and Breed of Horses

Architectural Advances for the Israelite Chariotry

Stables of Israel: The Case of Megiddo

Removal of Horses from Stalls

Presence of “Only” One Exit from the Stable

Lack of Horse Paraphernalia at Megiddo

Lack of Horse Bones at Megiddo

Lack of Horse Teeth at Megiddo

From Chariotry to Mounted Combat

Donkeys in the Biblical World