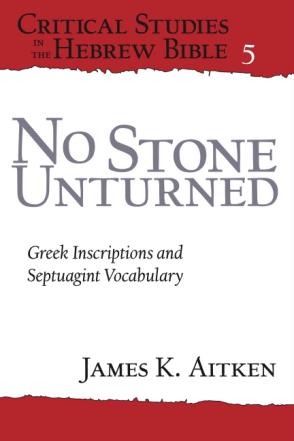 This work explains the current state of the study of Septuagint vocabulary and outlines the competing roles of papyri and inscriptions in its interpretation, including the limitations of focussing solely on papyri. The practical issues for a biblical scholar in dealing with inscriptions are presented and some guidance is given for those wishing to explore the resources further. Finally, examples are drawn together of how inscriptions can illuminate our understanding of Septuagint vocabulary, and thereby inform the socio-historical position of the Septuagint. The origins of apparently new words in the Septuagint, the semantic and grammatical function of words, and the geographical distribution and register all demonstrate the need for further investigation into this field.