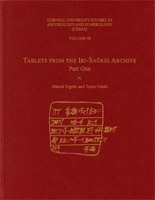 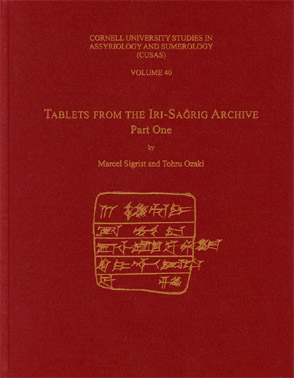 Although these tablets were not able to be cleaned, baked, or photographed, the authors’ transliterations are based on the original tablets, often after repeated collations. Moreover, access to so many well-preserved tablets made it possible to improve upon the readings and interpretations offered in previous publications. Volume 1 contains a catalog and classification of the texts by provenance, a list of month names and year formulas, another of inscriptions, a chronological listing of the texts, and extensive indexes of personal names, deities, toponyms, and selected words and phrases. Volume 2 presents the texts in transliteration with substantial commentary.

This two-volume publication preserves and makes available to the scholarly community a significant segment of Iraq’s cultural legacy that otherwise might have been ignored or even lost. It will augment and enhance our understanding of the unique civilization of Mesopotamia in the late third millennium BCE.

Marcel Sigrist is Professor Emeritus of the École Biblique et Archéologique in Jerusalem.

Tohru Ozaki is a leading Japanese Sumerologist and Assyriologist, retired from the University of Shizuoka.