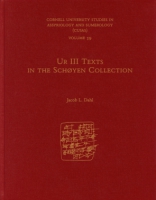 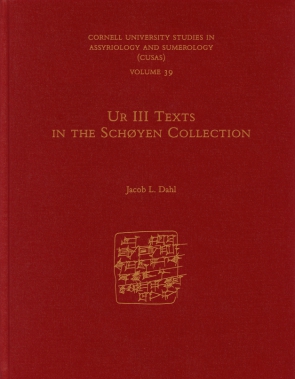 This volume presents editions of two hundred and twenty-four cuneiform tablets selected from the Schøyen Collection, the vast majority of which have not been previously published. The ancient provenience for these texts is primarily Umma, with other core provinces represented in smaller numbers, such as notable contributions from ancient Adab, which is underrepresented in the published record. In order to provide a fuller picture of the administration of the Ur III state, a number of texts from other collections, both published and unpublished, have been integrated into this volume. Accompanied by Jacob L. Dahl’s precise translations, extensive commentary, and exhaustive indexes, this volume presents extensive new data on prosopography, economy, accounting procedures, letters, contracts, technical terminology, and agriculture that adds significantly to our knowledge of society and the economy during the Third Dynasty of Ur.

An important contribution to the study of the Ur III period, in particular for Assyriology, this volume will serve as a useful handbook for scholars and students alike.

Jacob L. Dahl is Professor of Assyriology in the Faculty of Oriental Studies at the University of Oxford.

Statement of Provenance, by Martin Schøyen

Sealed Tags with Inscriptions (No. 6)

An Inventory of the Treasury of Alim-mah (No. 211)

Bundles of Reeds for the Storehouse of the Edana (No. 215)

Two Fragments Glued Together (No. 224a–b)

Offerings from the Governor (No. 225)

Divine Names and Names of Rulers