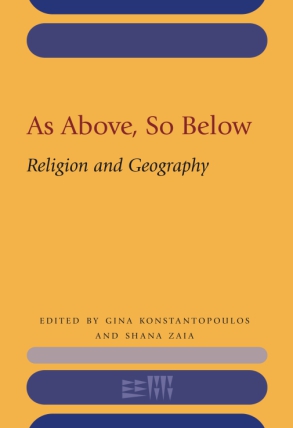 Covering a broad geographical and temporal scope while maintaining a cohesive focus on the theme, this book will appeal especially to Assyriologists, scholars of the ancient Near East, and specialists in historical geography.

Gina Konstantopoulos is Assistant Professor in Assyriology and Cuneiform Studies at the University of California, Los Angeles.

Shana Zaia is Marie Skłodowska-Curie Fellow in the Department of Near Eastern Studies at the University of Vienna.

Chapter 1. Gods in the Margins: Religion, Kinship, and the Fictionalized Frontier

Chapter 3. Mari’s Investiture Scene and the Visualization of Kingship in the Old Babylonian Period

Chapter 5. Approaches to the Religious Topography of the Oasis of Taymāʾ, Northwest Arabia, During the First Millennium BCE: Images, Texts, and Space

Private and State in the Ancient Near East

Proceedings of the 58th Rencontre Assyriologique Internationale at Leiden, 16–20 July 2012

Law and (Dis)Order in the Ancient Near East