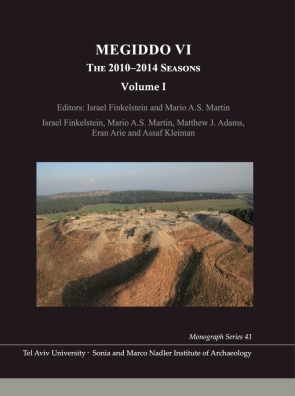 Monograph Series of the Sonia and Marco Nadler Institute of Archaeology

Israel Finkelstein is Professor Emeritus of Archaeology at Tel Aviv University, a member of the Israel Academy of Sciences and Humanities, and a foreign member of the French Académie des Inscriptions et Belles Lettres and the American Academy of Arts and Sciences. Notable among his many published books are The Archaeology of the Israelite Settlement, Living on the Fringe, The Bible Unearthed, David and Solomon, The Forgotten Kingdom, and Hasmonean Realities Behind Ezra, Nehemiah, and Chronicles. Mario A. S. Martin is a research fellow at the Sonia & Marco Nadler Institute of Archaeology at Tel Aviv University and a codirector of the Megiddo excavations. He is the author of Egyptian-Type Pottery in the Late Bronze Age Southern Levant and coauthor of Megiddo V: The 2004–2008 Seasons, also published by Eisenbrauns. 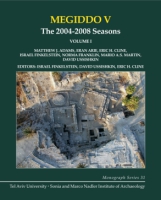